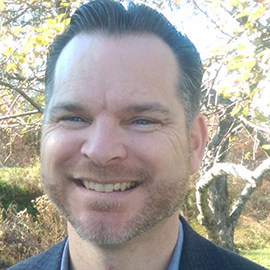 DOUG ALLEN CD, MSW, SWC
Doug Allen received his Bachelor of Social Work degree through the University of Manitoba and his Master’s degree in Social Work through the University of Waterloo. He is registered with the Nova Scotia Association of Social Workers. Prior to becoming a Social Worker, Doug was a career soldier with the Princess Patricia’s Canadian Light Infantry. He has conducted peace support and combat operations in Bosnia and Afghanistan. Since 2008 Doug has been working with ill and injured Canadian Force members in the areas of resiliency development, advocacy, case management, and clinical treatment.

Doug takes a body-centered approach to trauma care and is a Somatic Experiencing practitioner in training. This approach focusses on safely recalibrating the body’s nervous system to reduce the ‘charge’ of fight /flight or freeze, so that the client is no longer stuck in survival mode. Once the nervous system has been stabilized, Doug uses various CBT approaches to help harness and develop new pathways to wellness for the client.

Doug’s passion is working with adults in the area of trauma and life transitions, (anxiety, depression, grief and bereavement) with a particular interest in military and law enforcement. He believes that every person has the strength to become well, as long as they are in an environment that inspires and empowers change.